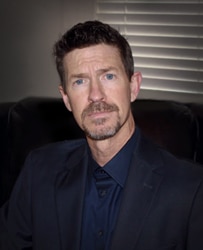 Growing up in small towns along the Mississippi River, Tim O’Connor learned at a very young age the value of hard work. He worked days, nights, and weekends and paid his own way through each school – college, an MBA program, and eventually law school.

Tim is a dedicated athlete. He cycled for the University of San Diego; rode for a small team in Southern California; has hiked the Sierras; sailed the Caribbean; summited Mt. Shasta and Mt. Hood; completed numerous marathons; and between law school and starting his career he pedaled his racing bike from Canada to Mexico.

In 2008, the American Trial Lawyers Association affirmed that Mr. O’Connor has met the standard of excellence for selection to the Top 100 Trial Lawyers. He is very experienced, always willing to fight the good fight, and he vigorously represents his clients. Spend just a few minutes with him and you’ll quickly see that he’s passionate about his clients and his work and the battles which arise during litigation.

Mr. O’Connor’s clients have received successful jury verdicts throughout all of California. In addition, he has advised clients from numerous states across the United States as well as Toronto, Canada. During his 25 years Mr. O’Connor’s hard work has produced solid results for his many clients.

Outside the courtroom he enjoys his family, athletics, and travel, keeping a rich balance between work and play.

In 2016, Mr. O’Connor was nominated Advocate of the Year by the Capital City Trial Lawyers Association.