5 Years is a Long Time to Wait for a Courtroom 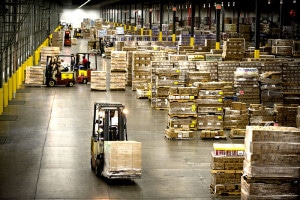 Our legal system is the envy of the free world. Sure it has its flaws, but for the most part the ideals of the founding fathers remain true. However, California’s courts are severely congested and delays are quite common.

In this case, the Defendant refused to admit fault and refused to take responsibility for its actions. In turn, the Plaintiff refused to cave in, and instead stood firm on his principles. The courthouse is where this battle will end, and both parties will have to wait 5 years for a courtroom to become available.

Darryl (not his real name) was injured while delivering pallets and product to a warehouse. Most of the events leading up to the injury are captured on the warehouse surveillance video with one exception — namely, Darryl is on the back side of the pallets and therefore not visible in the video. The video showed Darryl walking around the pallet checking the delivered items against the delivery manifest. The video showed a warehouse employee backing up a truck without looking and hitting the pallet, and the video showed the pallet moving 3 to 4 feet from the impact. As a matter of deduction, anyone on the back side of the pallet, standing within 3 to 4 feet, would be struck by the pallet. Darryl was struck and injured.

Darryl notified the warehouse of the incident. The warehouse should take care of Darryl. But after a warehouse supervisor saw the video, he saw an opportunity to cover his own bottom and to point the finger at the victim. Realizing that Darryl is not shown in the video, the supervisor then stated that he was a direct eye witness standing a few feet from Darryl, and that Darryl was four or more feet away from the pallet such that the pallet very lightly touched Darryl. Darryl could not believe his ears as this supervisor, accusing Darryl of fraud, was in fact lying about the incident. There were no eye witnesses. And thus the battle began.

Darryl contacted our law firm to assist with this claim. Settlement was attempted, but the warehouse refused. A lawsuit was filed but the warehouse denied all responsibility. Depositions were taken and the supervisor testified that Darryl was barely tapped by the pallet and that it is an insult for Darryl to bring this claim. In short, the supervisor testified that Darryl is a lowly liar.

During trial the warehouse supervisor again testified about eye-witnessing Darryl being ever so lightly tapped. Again, insinuating that Darryl is fabricating this story. And although the supervisor had reviewed the video of the incident, what the supervisor should have reviewed was the entire video. My office and Darryl spent hours combing through the video, frame by frame, and although it was a grainy picture and of low resolution, we were able to conclude that the supervisor was NOT standing next to Darryl and in fact had no view of Darryl.

At trial, the supervisor was impeached with his own video and the court was less than happy with the supervisor’s “story.” The court found in favor of Darryl and justice was done, although it took five years.

Good job, Darryl, for sticking to your principles!

Since 1990 The O'Connor Law Firm has achieved results for clients in and out of the courtroom. We have offices in Northern California, Southern California, Nevada, and South Lake Tahoe. Call us at (916) 467-8000 or send us a message to find out how we can help you.