When Weed’s homeowners bought their insurance policies, they trusted and believed the insurance agents and brokers. Then wildfires changed everything. 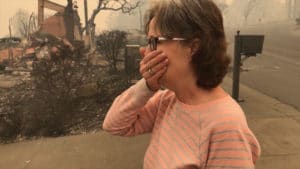 Fighting the good fight for homeowners

“You should not have believed us.”

It’s time we come together to rebuild these towns and tell these insurers that 1991, 2003, 2007, 2008, 2010, and 2014 are far too many warnings. The question I ask now: Why should the insurers get so many warnings when the insured, who misses one single premium payment, gets a nasty letter that coverage is being canceled?

Since 1990 The O'Connor Law Firm has achieved results for clients in and out of the courtroom. We have offices in Northern California, Southern California, Nevada, and South Lake Tahoe. Call us at (916) 467-8000‬ or send us a message to find out how we can help you.